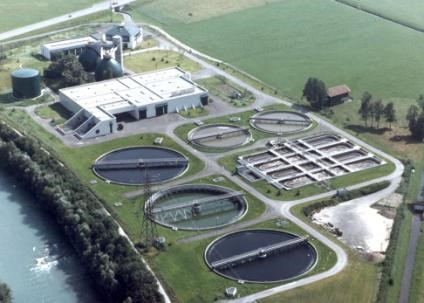 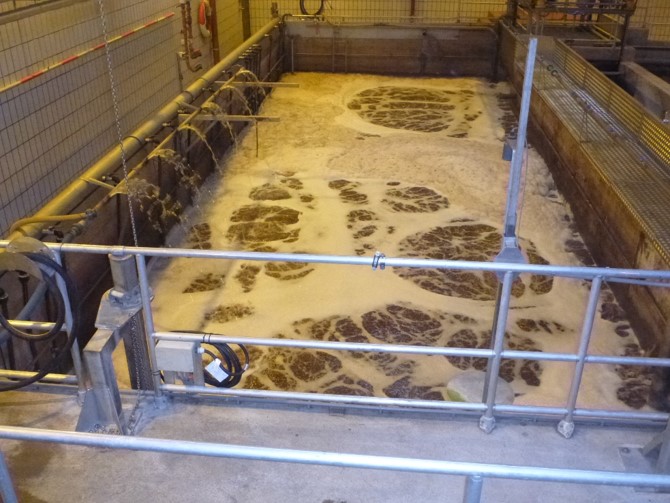 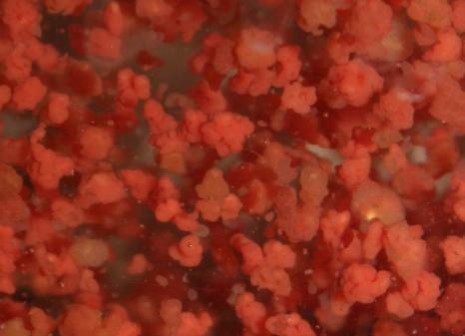 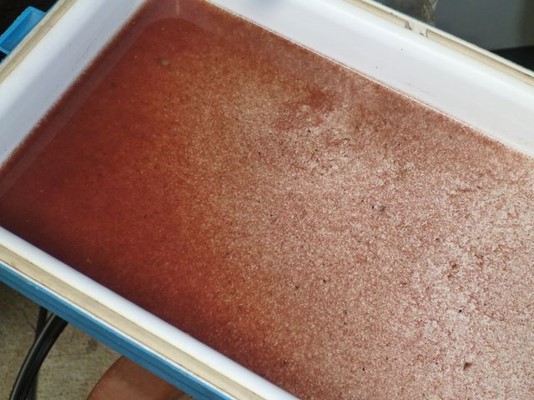 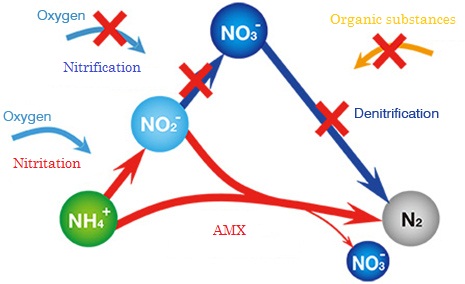 Batch treatment is performed by intermittently supplying raw wastewater while controlling aeration and stirring in order to make partial nitration and AMX reaction simultaneously at one reactor.
Sludge increases when nitrogen treatment is performed by the bacteria; however, the balance between metabolism of ammonium oxidizing bacteria(nitrifying bacteria) and AMX bacteria is maintained by selectively withdrawing nitrifying bacteria in the tank through a micro-screen. With this well-contrived treatment, stable and efficient nitrogen treatment can be achieved. 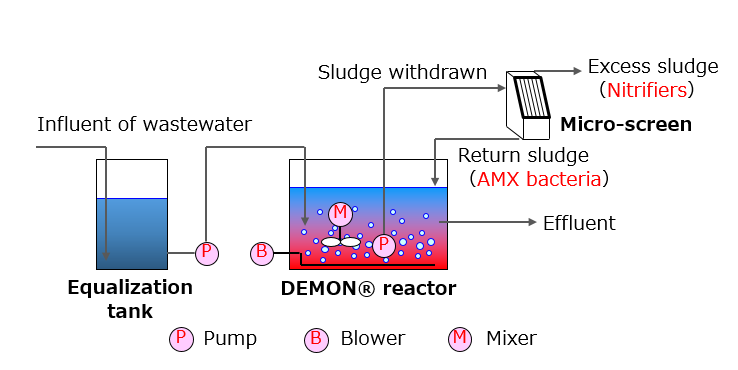 The Deammonification System (DEMON®) is suitable for nitrogen treatment of wastewater containing 200 mg-N/L or more of ammonium nitrogen.

Meiden received the technical license from NEWport GmbH, Austria for areas in Singapore and Japan. DEMON® is trademark of NEWport GmbH.

Inquiries about this product

Products related to this product