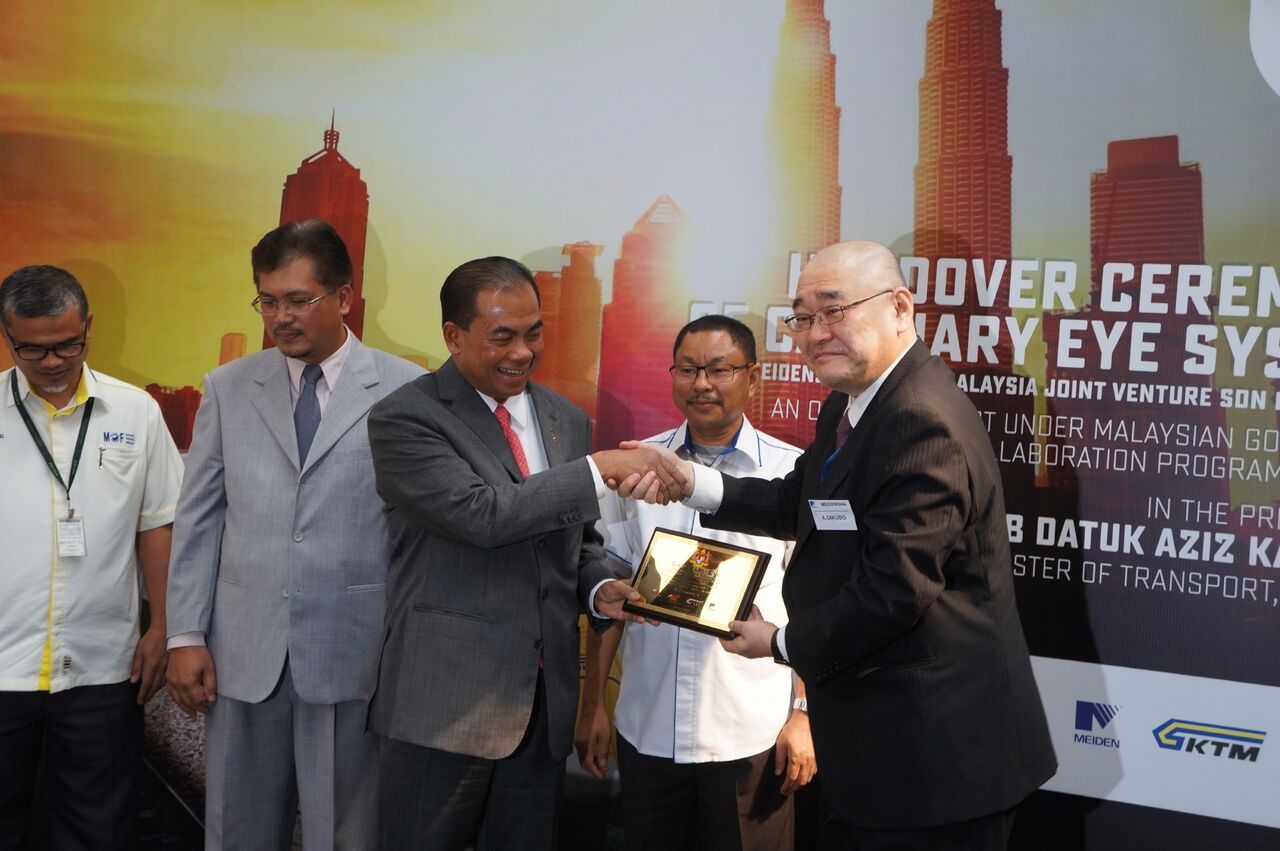 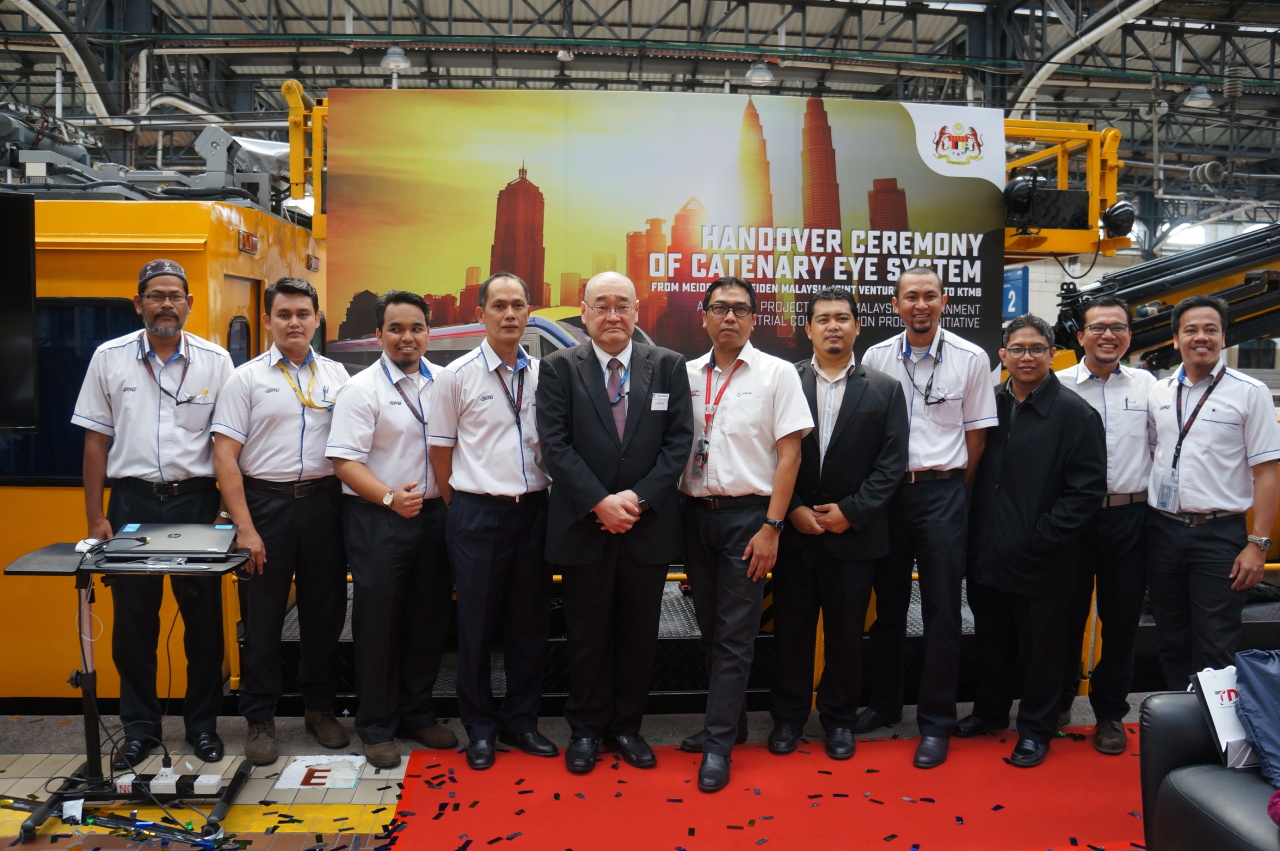 Meidensha Corporation (CEO: Mr. Y Hamasaki, Shinagawa Tokyo Japan) has successfully delivered the Overhead Catenary※1 Inspection System for Railway, or CATENARY EYE® to KERETAPI TANAH MELAYU BERHAD (herein after KTMB), which is mounted onto the dedicated maintenance vehicle, capture and analyze the condition of Overhead Catenary System, and official handing over ceremony was held with attendance of Deputy Prime Minister of MOT, Government Official and Railway on 28th February 2017.

The supply of Catenary Eye is one of the project for Industrial Collaboration Program(ICP) ※2 formally known as Offset Program leveraging from the procurement of KVMRTM※3 project which Meidensha is participating as the Power Supply and Distribution System Contractor since 2012. Managed by Technology Depository Agency (TDA), this ICP project has benefitted KTMB in terms of knowledge transfer and exposure to new technology on railway industry maintenance.

This is the first supply of Catenary Eye in Malaysia. As its high performance has been appreciated by KTMB, additional 6 sets of Catenary Eye are planned to be implemented to contribute for high quality maintenance and operation of the electrified KTMB railway, which travel down through Peninsula Malaysia for 1,000km.

Since year 2001, Meidensha has delivered the first Catenary Eye to JR Shinkansen (High Speed Train), Meidensha has been tying up with RTRI (Railway Technical Research Institute, Japan) and keeping through unrelenting effort to upgrade, implement the new and latest function, and delivered to numbers of railway system in Japan, as well as Taiwan High Speed Rail, Subway in China, Singapore and so on. It is the policy of Meidensha to keep contributing the development of railway over the world in order to support the social infrastructure system and bright future. 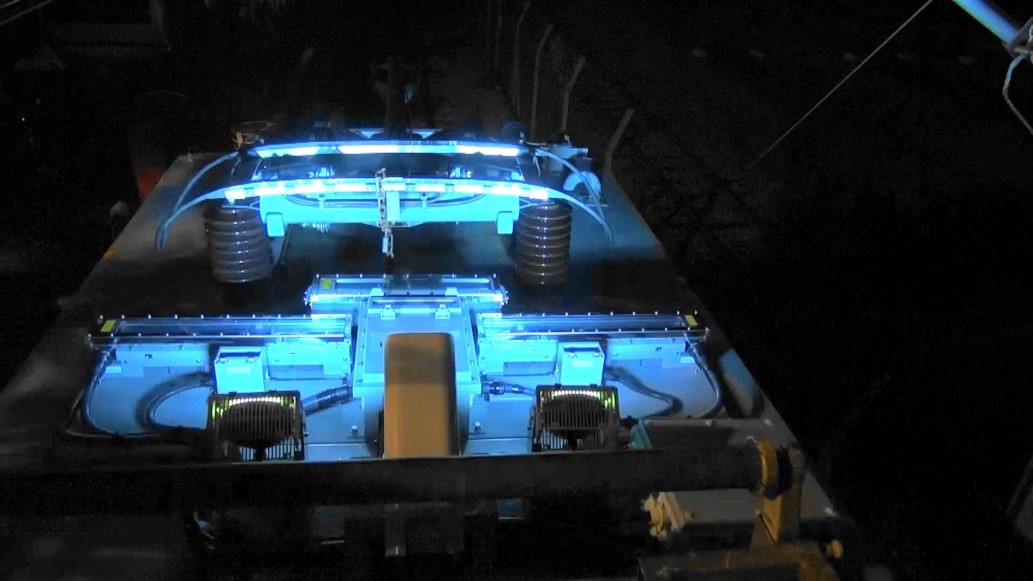 
WHAT IS CATENARY EYE®? 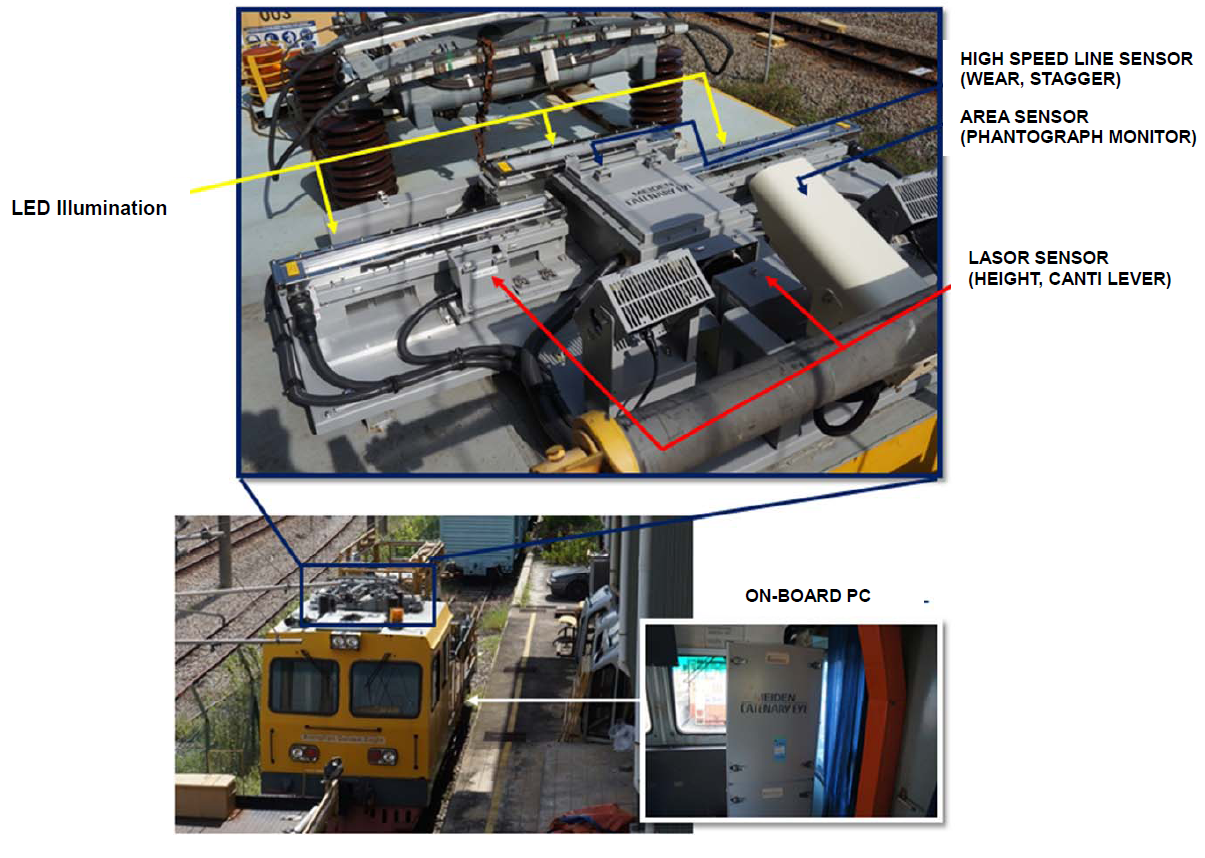