2017-09-14
Meidensha Corporation (Meiden) will establish a one-year endowed course on Japanese technology and manufacturing standards beginning in September 2017 for about 100 students at India’s NBKR Institute of Science & Technology (NBKR)i . Meiden’s endeavor is part of the Manufacturing Skill Transfer Promotion Programmeii being promoted by Japan’s Ministry of Economy, Trade and Industry and India’s Ministry of Skill Development and Entrepreneurship.

Meiden and NBKR held a signing ceremony for the new course at the school on September 14.

Meiden, which is engaged in transformer businesses in India, established the course to develop skilled human resources in the manufacturing sector. India is currently grappling with the challenge of nurturing such human resources. This is the first endowed course under the Manufacturing Skill Transfer Promotion Programme and is designed to contribute to the “Make in India” and “Skill India” campaigns launched by Indian Prime Minister Narendra Modi to promote India as a manufacturing hub.

The course is in line with an agreement made last year by Japanese Prime Minister Shinzo Abe and Indian Prime Minister Modi, which called for supporting human resource development for Japanese companies entering markets in India.

1. Endowed course
In the course, NBKR students – mostly at the Department of Electrical and Electronics Engineering – will attend about 50 hours of classes on technologies related to power generation, transformation and distribution as well as Japanese-standard manufacturing, safety and quality. Japanese culture also will be taught in this course.

2. Internship and employment
Prime Meiden Ltd. (PML), a transformer maker/engineering firm and Meiden’s Indian subsidiary, will accept interns for one month at its factory in the state of Andhra Pradesh, where NBKR is located. PML plans to regularly hire excellent students from among the interns and develop them into core human resources at the company.

India’s booming economy is expected to boost demand for electricity. PML, which sells transformers to electric power companies and renewable energy generation companies in India, hopes to develop human resources in India – as a company that helps ensure the stable supply of electricity in that country. 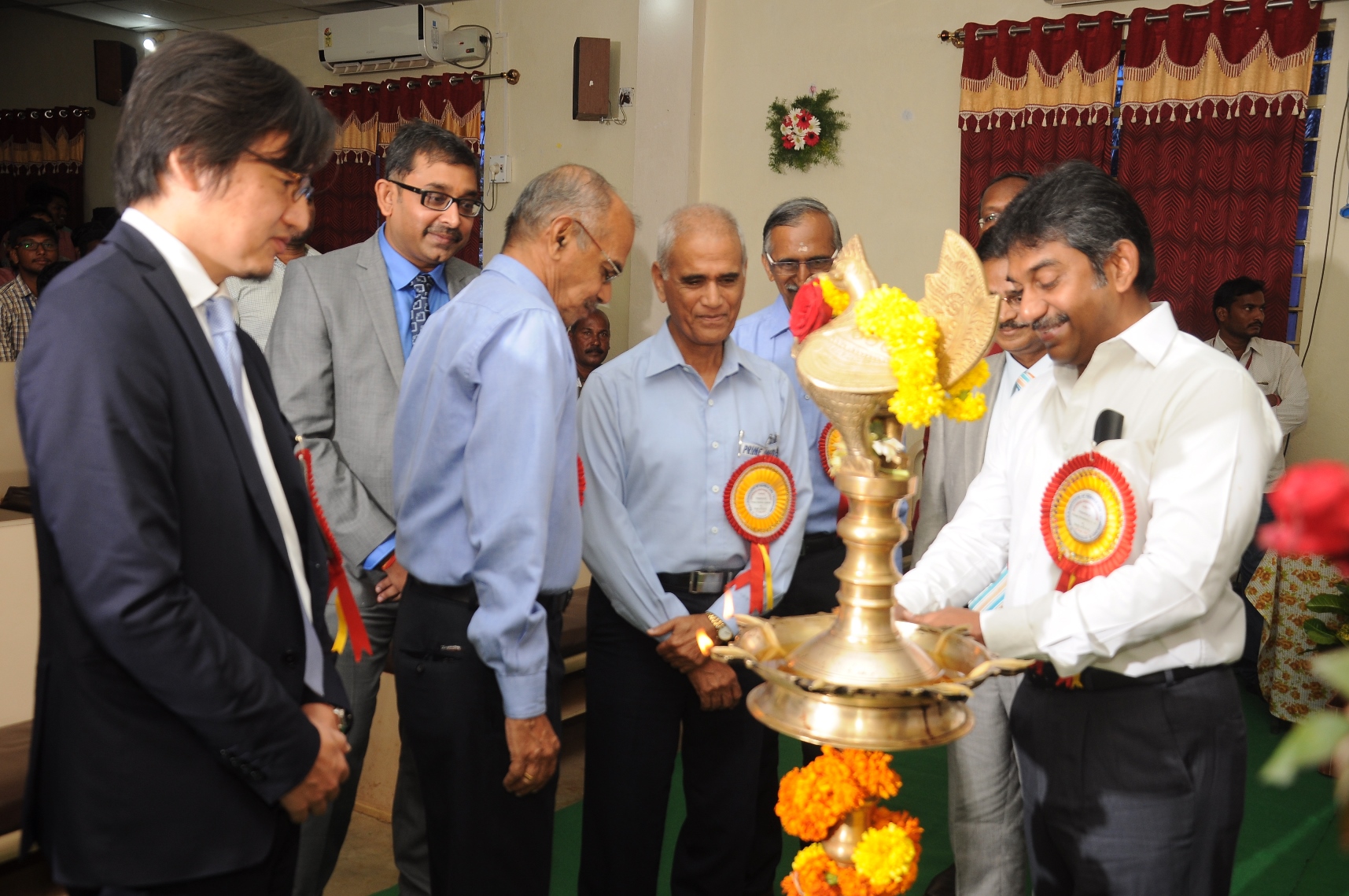 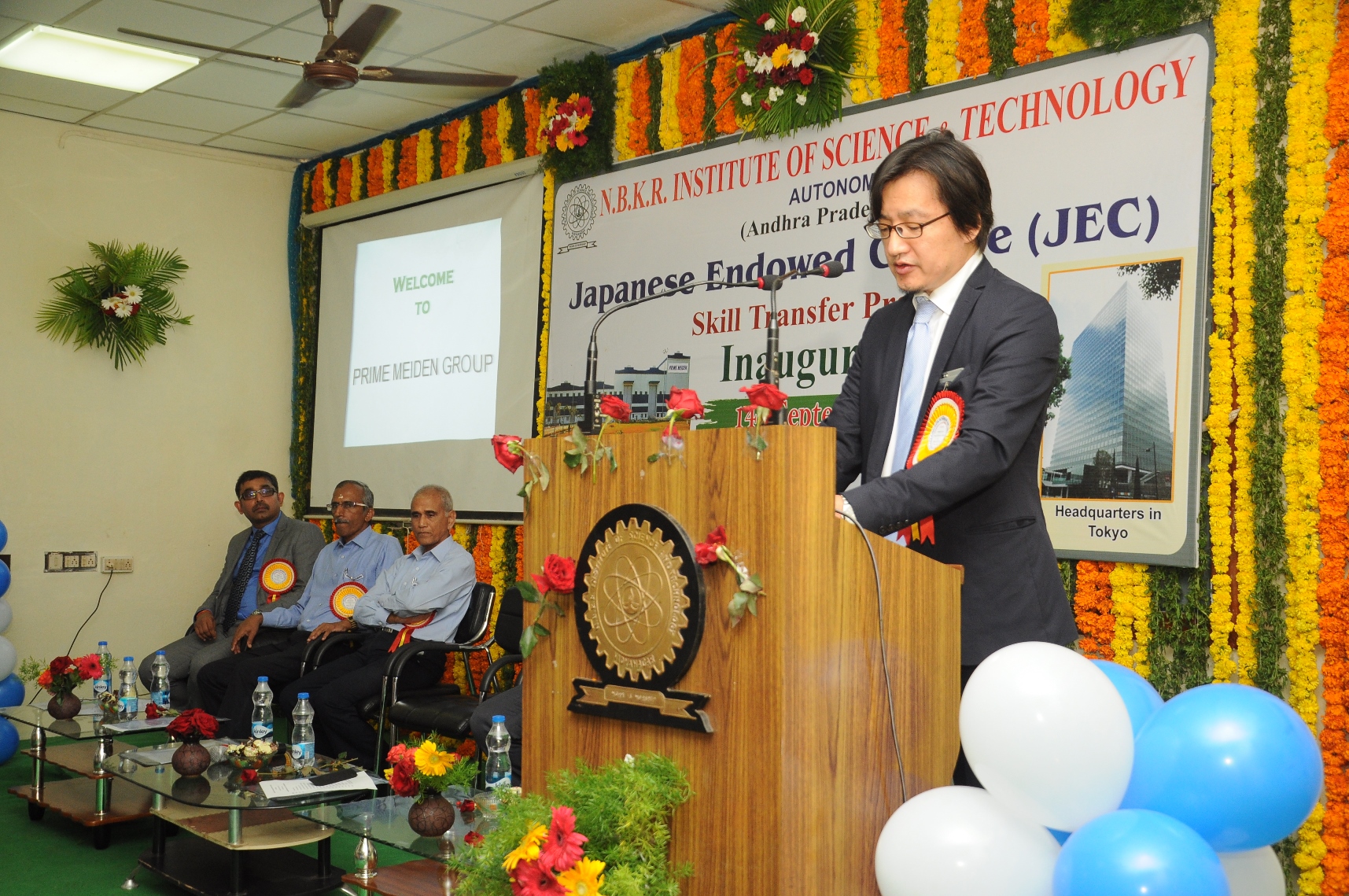 Notes:
[i] NBKR Institute of Science & Technology: This college is in Andhra Pradesh, an Indian state home to a Prime Meiden Ltd. factory. Established in 1979, the college has about 2,500 students.

[ii] Manufacturing Skill Transfer Promotion Programme: In November 2016, Japan’s Ministry of Economy, Trade and Industry and India’s Ministry of Skill Development and Entrepreneurship signed a memorandum of cooperation to promote human resource development through the Manufacturing Skill Transfer Promotion Programme, with the public and private sectors working hand in hand. Under this initiative, Japan will contribute to the “Make in India” and “Skill India” campaigns of India, a nation projected to record rapid economic growth in the medium- and long-term. Under joint public-private undertakings of both nations, 30,000 Indian people will be trained in the next 10 years to acquire manufacturing skills on par with Japanese standards.