Meidensha Corporation (Meiden), in December 2018, shipped three 500kW-model power conditioning subsystems (PCS), or SP1000-500, to Japan Benex Corporation, which is involved in solar power generation business. This marked the first shipment of the 500kW-model PCS, which have the largest capacity among the line-up of Meidensha PCS for solar power generation. The Power plant used the 500kW-model PCSs started its operation in January 2019.

The 500kW-model PCS, which Meiden shipped for this project, has high level of conversion efficiency*, 98.7 percent, one of the highest in Japan, according to a Meiden study. The model comes with functions equivalent to a current collector, which has been previously installed independently from a PCS, making it unnecessary to install the current collector and thus reducing the space needed for installing the PCS by about 20 percent.

Through this project, Japan Benex and Meiden jointly made outdoor boards specifically for accommodating the PCS: Type SP1000-500. The outdoor boards use forced cooling fans instead of an air conditioning unit, helping reduce both energy consumption and cost for maintenance. Improving the efficiency of PCS Type: SP1000-500 and also reducing the power consumption of the outdoor boards, Meidensha and Japan Benex together realized improving power generation efficiency of total system of Power Conditioning Subsystem.

The PCSs were installed at Logiport Kawagoe, a distribution center in Kawagoe City, Saitama Prefecture. Japan Benex, which headquarter is based in Isahaya City, Nagasaki Prefecture, rents the rooftop of that center for installing solar power generation systems.

Since we started the sale of PCS for solar power generation in 1996, Meiden has sold the equipment exceeding 1,000MVA in total capacity. Amid attention from Corporations on environmental management for sustainable development, Meiden will contribute toward realizing a low-carbon society by expanding the sale of 500kW PCS mainly for large-scale rooftop solar power generation facilities. 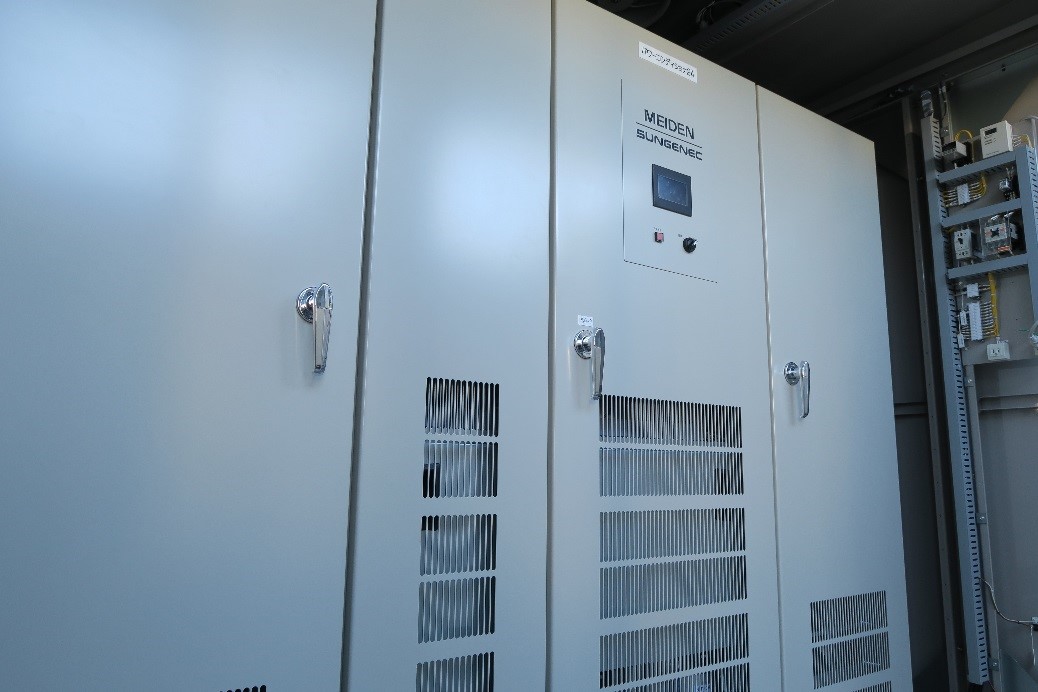 Exterior of the PCS, which is stored in the outdoor board 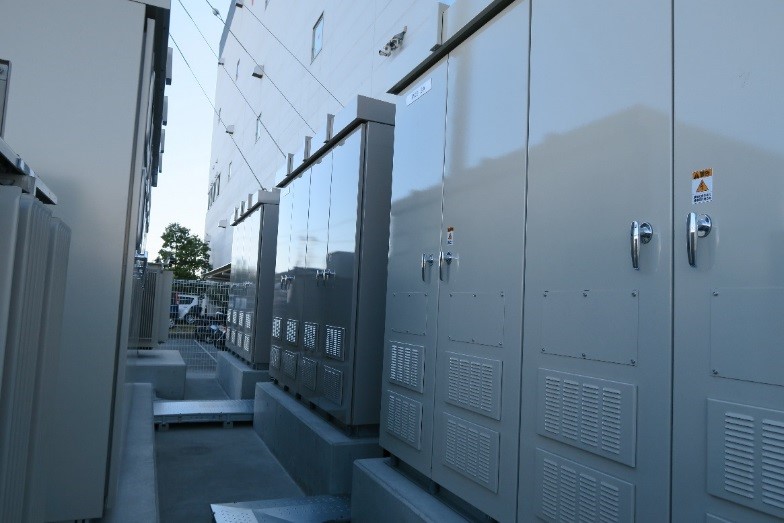 Exterior of the outdoor board 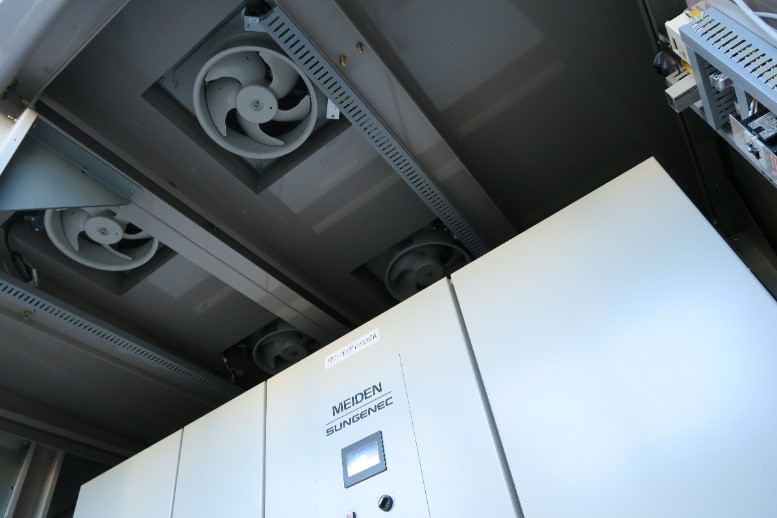 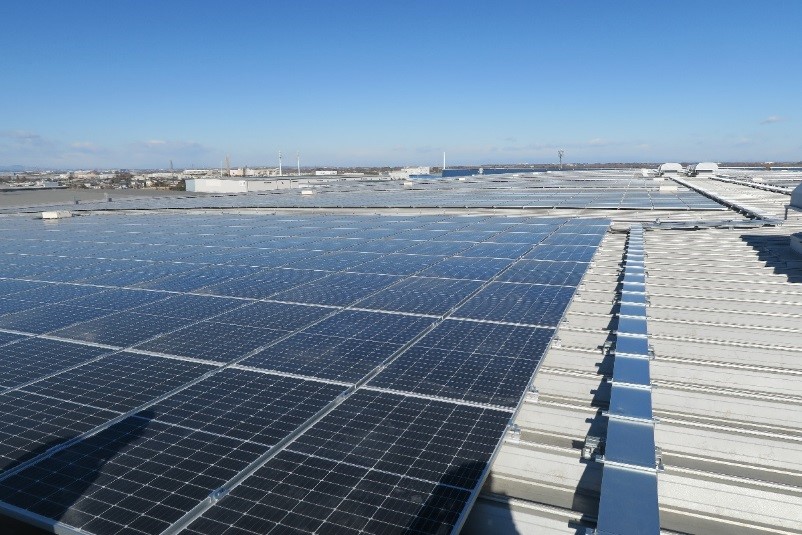 Solar panels installed on the rooftop


■Specifications of 500kW-model of PCS for solar power generation