Meidensha Corporation (Meiden) has completely renovated the refresh space "Meiden Plaza" in its head office. Meiden Plaza has long been used as a dining and meeting space for employees during breaks and lunchtime.

Meiden formulated the "Smart Work 2020" as an action plan for the reform of employees’ work style under the "Medium-Term Management Plan 2020" in the previous fiscal year. In addition to focusing on productivity improvement, Meiden is developing measures to create a comfortable working environment for employees.

As part of this effort, we have renewed the refresh space so that employees can use it in a variety of situations, such as when visiting a satellite office from another area. Through this renewal, we aim to further invigorate communication among employees and create a refreshing environment, with a total of 3,000 employees expected to use the facility monthly. 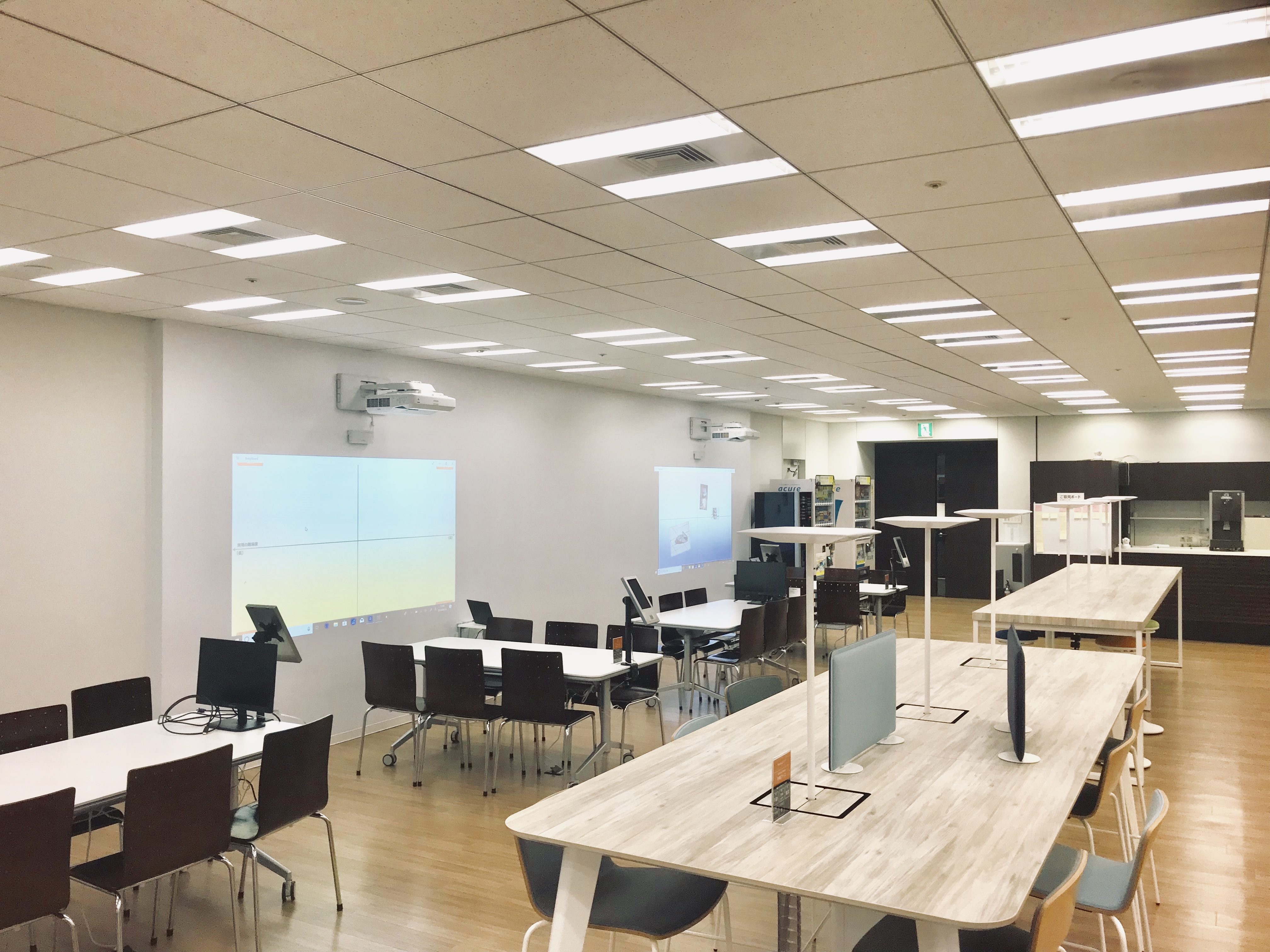 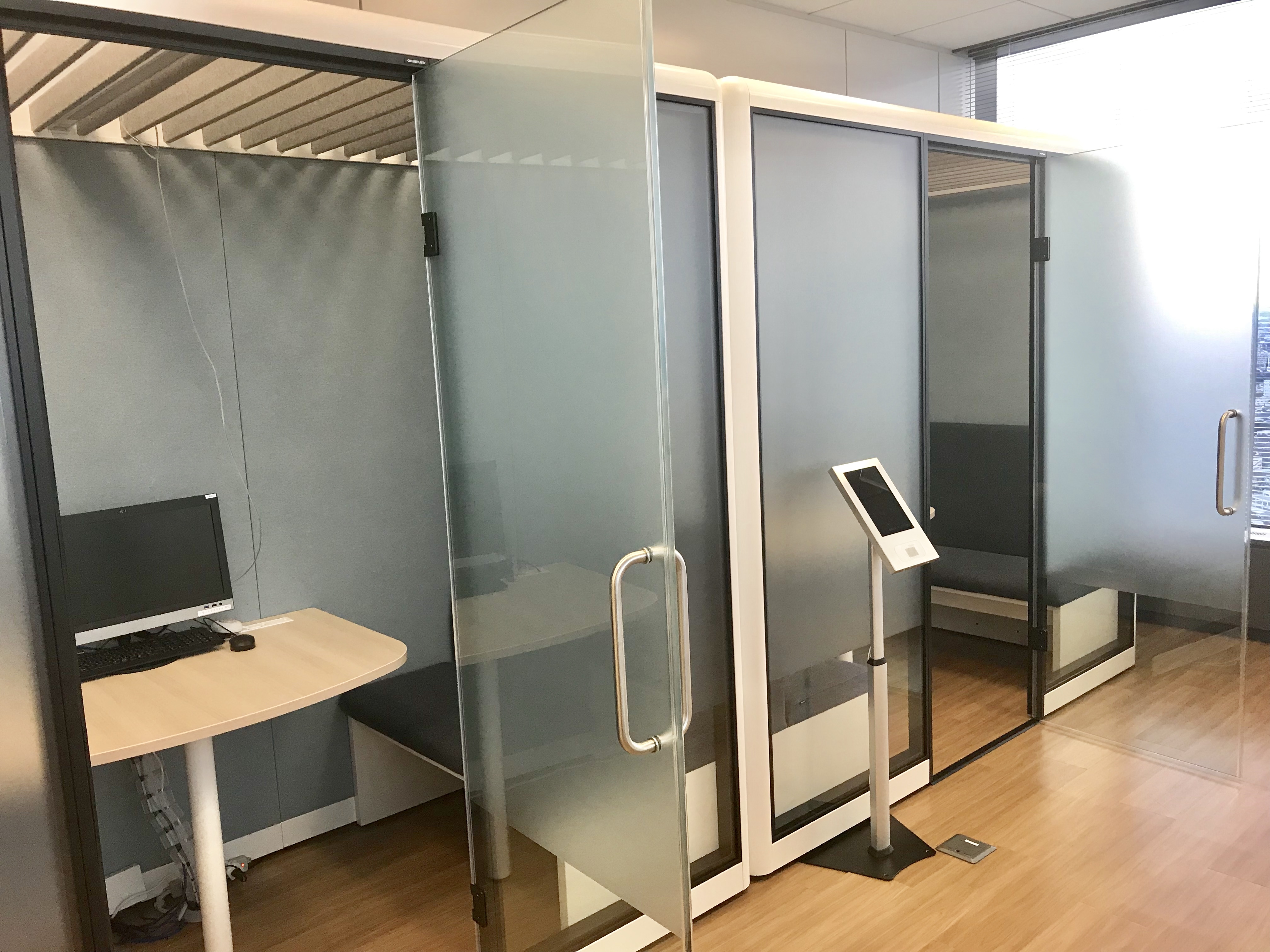 □Separated space according to usage and mood
One space was largely divided into 4 areas (Meeting, Cafe, Satellite and Skype areas). Each area will have a different space, allowing users to make choices based on their usage and mood. We also set up private seats so that you can have lunch alone, as well as with colleagues and friends. In the Cafe area, large projectors and broadcasting equipment have been newly installed and can be used as a seminar venue for approximately 100 people.

□Introduction of a co-creation support system
The same co-creation support system as at the satellite office of the Numazu Works, which was expanded in September 2018, has been introduced, making it possible to smoothly share information between districts. You can mark documents projected on the wall with a projector, and you can sort and organize pictures and cards on an electronic board.

□Establishment of private work booths
We set up a semi-closed work booth to do Skype meetings or work that you want to concentrate on without worrying about others. It is also great for casual meetings with your boss or coworkers.

Meiden will continue to work to create a comfortable working environment so that employees can work flexibly.

*Skype is a registered trademark or trademark of Microsoft Corporation in the United States and other countries.