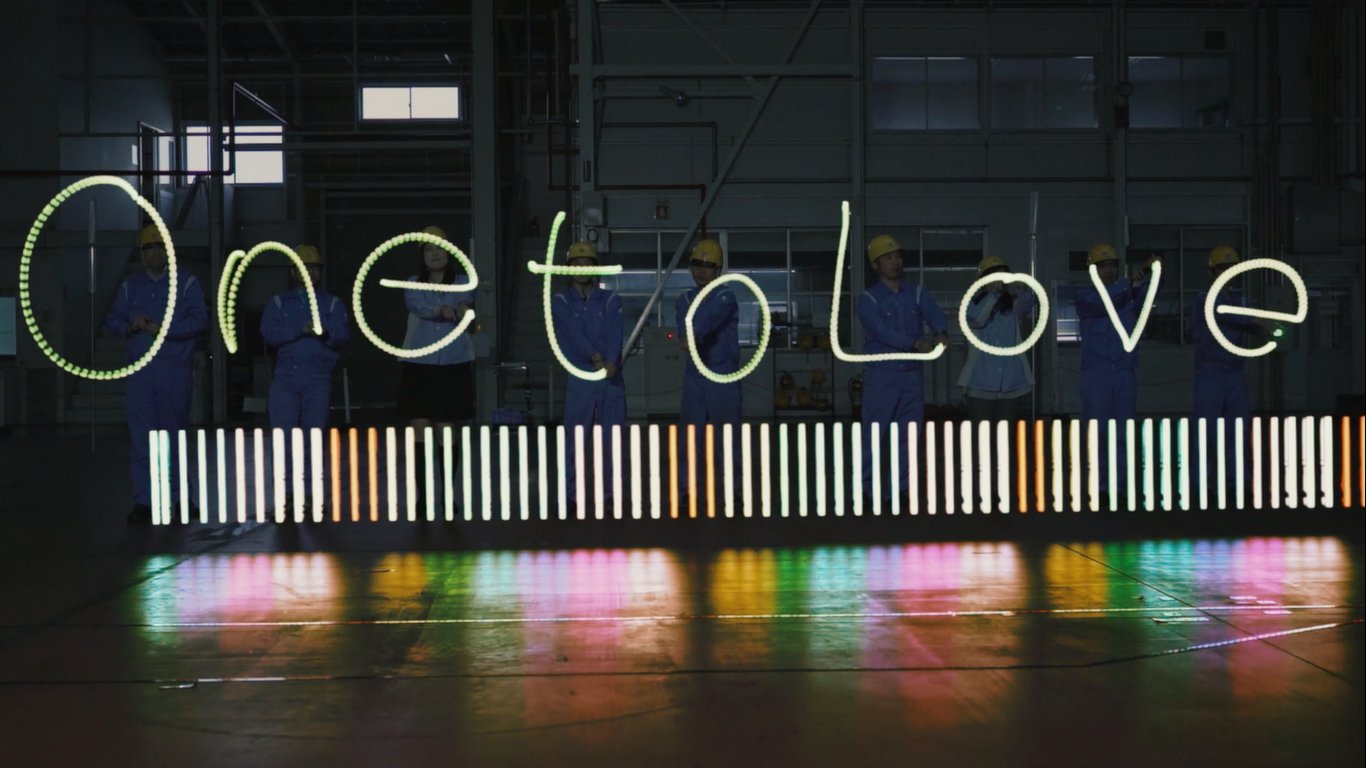 About 800 employees of Meidensha Corporation (Meiden) feature in the just-completed promotional video for “One to Love,” the corporate image song released in April to commemorate the 120th anniversary of the company’s founding. The video featuring popular singer May J. and the employees stationed at various corporate bases can now be viewed on the anniversary commemoration website.

The video comes in two versions—Japanese and English—so Meiden employees around the world can share the song, which was written based on phrases submitted by employees and their families. May J., who sang the theme song of the Japanese version of the hit film “Frozen,” sings the corporate song designed to promote unity among Meiden employees all over the globe.

After the song’s completion early April, the video was shot through May. The video expresses messages encapsulated in each phrase, while enhancing unity among Meiden Group employees who put their hearts into light displays showcased in the video. Light-stick wielding employees play central roles in the video, with the climax featuring more than 400 employees in a spectacular performance.

The kanji character “sha” in the name Meidensha was adopted by founder Hosui Shigemune to make the company a place where like-minded people dedicated to making the world richer through the power of electricity would converge. Meiden plans to drive itself forward as a company that supports social infrastructure around the world by nurturing unity among its employees on the occasion of its 120th anniversary.


To view the video, please visit the 120th anniversary website

“One to Love” is a play on the number 120—one, two, love (as in tennis). The title also indicates the company Shigemune started as “one” of many electrical repair shops has since become loved by the many people connected to the numerous products and services Meiden provides for people it cares deeply about.